On the afternoon of October 13, 2022, Minister of Education and Training of Vietnam Nguyen Kim Son and Minister of Education of Singapore, SEAMEO Council President Chan Chun Sing worked with SEAMEO RETRAC and SEAMEO CELLL, two SEAMEO Regional Centers in Vietnam, on the occasion of the 12th ASEAN Education Ministers and Senior Officials Meeting held in Vietnam.

At the meeting, President of the SEAMEO Council, Minister Chan Chun Sing, and Minister Nguyen Kim Son highly appreciated the achievements of SEAMEO RETRAC and SEAMEO CELLL in recent years. Throughout its 26 years of establishment, SEAMEO RETRAC has acted as a bridge between Vietnam, SEAMEO Member Countries, and SEAMEO Associated Member Countries to fulfill the committed mission of identifying and addressing issues in education in Southeast Asia. The Ministers also acknowledged the importance of SEAMEO RETRAC’s active contribution to the improved professional capacity of leaders, managers, teachers, students, and learners in the SEA region, especially Cambodia, Laos, Myanmar, and Vietnam.

On behalf of the host country Vietnam, Minister Nguyen Kim Son thanked Minister Chan Chun Sing for his contributions as President of the SEAMEO Council. At the same time, the Minister of Education and Training of Vietnam also said that he would continue to support activities conducted by SEAMEO RETRAC and SEAMEO CELLL in order to achieve the commitments as stated as the SEAMEO Strategic Goals. The two Ministers hoped that the Centers in Vietnam would continue better performing their functions towards the shared vision of SEAMEO: Being the leading organization for enhancing regional understanding and cooperation in education, science, and culture for a better quality of life in Southeast Asia. 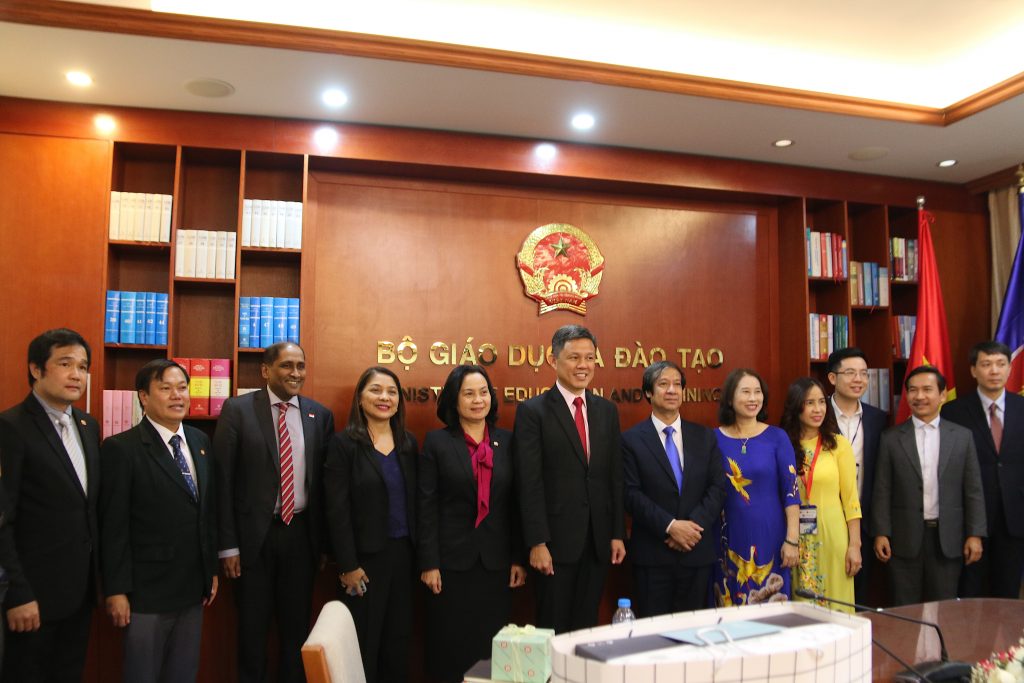