From December 10 to 17, 2022, SEAMEO RETRAC hosted a delegation of 15 undergraduate students and 3 lecturers from Australia’s University of South Australia on their UniSA Study Tour in Vietnam. During their time at SEAMEO RETRAC, UniSA student participants had the opportunity to observe English language classes, as well as prepare and teach their own English language classes with mentor teachers from the Center supporting them and host some cultural exchange activities for staff and students at the Center. The delegation also discovered the history and society of Vietnam through cultural site visits and trips around Ho Chi Minh City and provinces of the Mekong Delta region. The successful study tour strengthens the partnership between SEAMEO RETRAC and the University of South Australia while establishing goodwill among students interested in education as a means to a better quality of life. 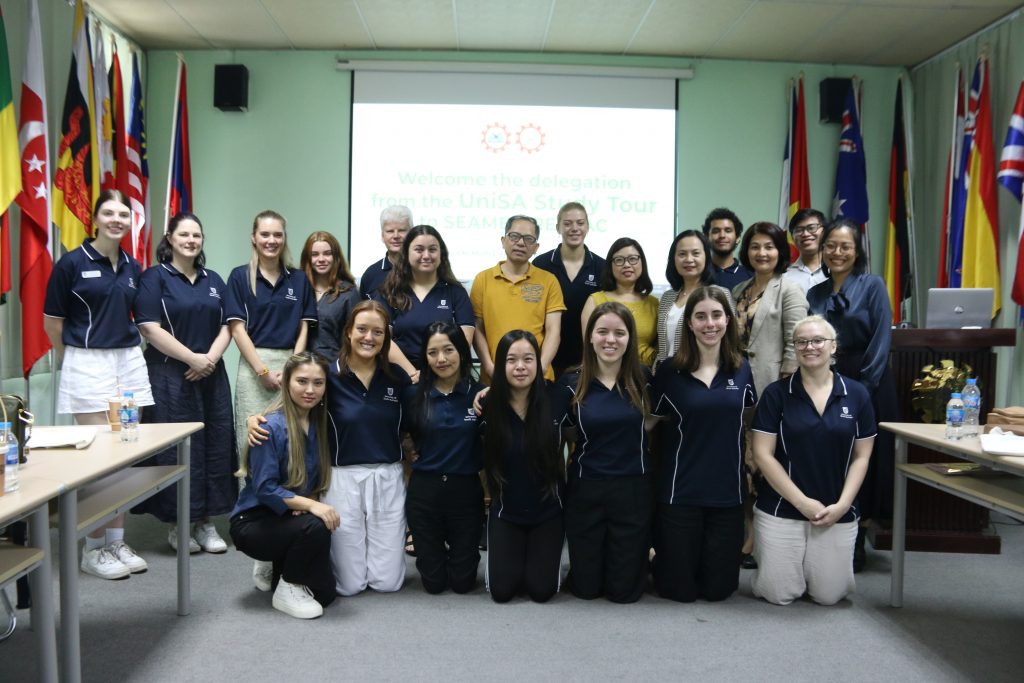 Representatives from SEAMEO RETRAC and delegation of the UniSA Study Tour 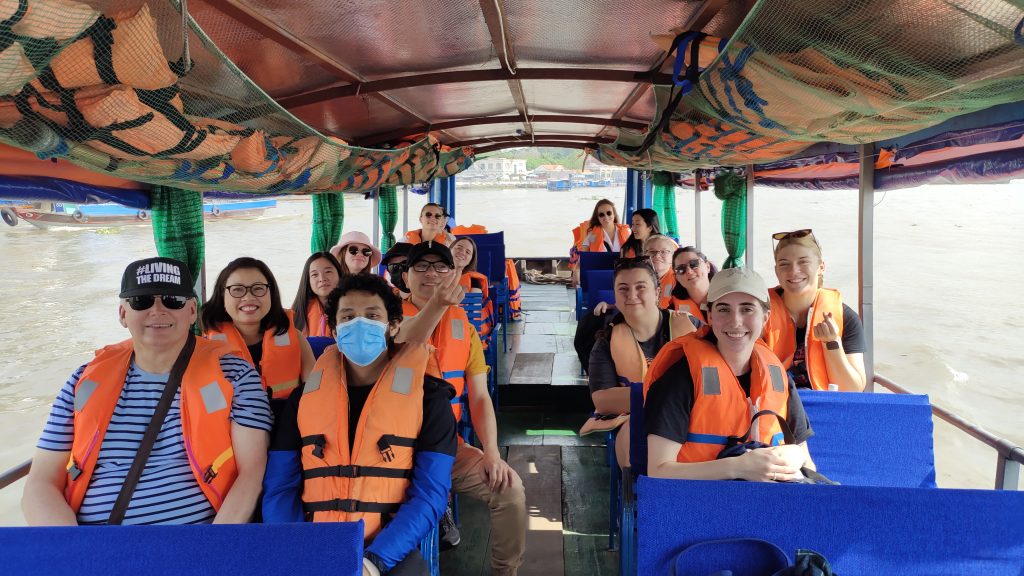 The UniSA delegation participating in cultural visit to the Mekong Delta